The Unhealthy Side Effects Of GMO Foods

1. GMOs Are Unhealthy And Unnatural. 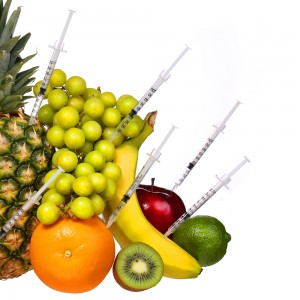 Toxic GMO Fruits have been linked to adverse health effects.

The American Academy of Environmental Medicine (AAEM) urges doctors to prescribe non-GMO diets for all patients under the physicians care. The AAEM have cited animal studies which show organ damage, gastrointestinal and immune system disorders, accelerated aging, and infertility in both males and females from prolonged consumption of GMO foods.

Human studies have shown that genetically modified (GM) foods can leave material behind inside us, possibly causing long-term problems. The list of adverse side effects from GMO foods is staggering. For example, genetically altered soy can transfer into the DNA of the healthy and unhealthy bacteria that exists and lives inside of us, and the toxic insecticide produced by GM corn has been found in the blood of pregnant women and ultheir unborn fetuses.

A disturbing number of health problems have increased since the introduction of GMOs in 1996. The percentage of Americans with three or more chronic illnesses jumped from 7% to 13% in just 9 years; food allergies skyrocketed, and disorders such as autism, reproductive disorders, digestive problems, and others are on the rise. There’s still insufficient research to confirm that GMOs are thee contributing factor, but doctors and groups such as the AAEM recommend that we start protecting ourselves against this GMO food epidemic, we must especially protect our children who are most at riskl.

The American Public Health Association and American Nurses Association are among many medical groups that are strongly against any use of GM bovine growth hormone, because the milk from treated cows has more of the hormone IGF-1 (insulin-like growth factor 1)―which has been linked to cancer.

2. GMOs Increase Herbicide Use.
Most GMO food crops are engineered to be “herbicide tolerant”. Monsanto sells crops that are resistant to the herbicide known as “Roundup”. The “Roundup ready crops have been genetically altered to survive the application of the “Monsanto Roundup” application.

American farmers sprayed an additional 383 million pounds of herbicide on GMO food crops. Overuse of  the Monsanto Roundup have resulted in “superweeds,”which have become resistant to the Monsanto herbicide. This all started between the years 1996- 2014 and is causing farmers to use even more toxic herbicides every year to the date. Not only is this extremely toxic and unsafe for human consumption but it also creates adverse environmental issues. Genetically Modified foods contain higher residues of toxic herbicides and unless you like Roundup and it’s poisonous effects, we probably shouldn’t be eating these toxic crops. Roundup has been linked to sterility, hormone disruption, birth defects, as well as cancer.

3. GMOs Have Changed And Contaminated Our Crops ― Forever.
GMOs cross pollinate and their seeds can and will travel and infect non-GMO crops It is impossible to fully cleanse the contaminated gene pool of the crops our farmers harvest for us to consume. Self-propagating GMO pollution will outlast the effects of global warming and nuclear waste. The potential impact on our survival and our future is prominent, these GMO crops threaten our very future and the health of our future generations. GMO contamination has also caused economic losses for organic and non-GMO farmers who often struggle to keep their crops pure.

4. Genetic Engineering Of Hybrid Fruits And Vegetables Create Dangerous Side Effects.
The future of our life sustaining crops are in trouble, by mixing genes from totally unrelated species, genetic engineering unleashes a host of unpredictable side effects. What has been done already cannot be undone and moreover, irrespective of the type of genes that are inserted, the very process of creating a GM plants can and will result in massive collateral damage that produces new toxins, allergens, carcinogens, and nutritional deficiencies. 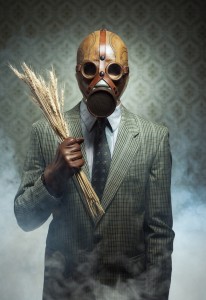 Roundup has been linked to sterility, hormone disruption, birth defects, as well as cancer.

5. The Biotech Industry Uses “Tobacco Science” To Deny And Ensure That Their Product Are Safe.
Popular and well known biotech companies such as Monsanto have told us in the past that PCBs, Agent Orange, and DDT were safe.These biotech companies are now using the same dishonest tactics and rigged research to convince us that GMOs are safe as well. If history teaches us anything it’s that these big biotech companies have only one interest and that is turning a profit. However. independent studies have uncovered the truths of these half-hearted studies that are designed to avoid finding problems with these billion dollar crops.

“This article is an official Healthier 4U Vending Anti-GMO news post. Join the healthy revolution today”.