Healthier 4U Vending is on the front line in the movement to promote a healthier, GMO free America. Here at H4U we’re not just a healthy vending machine company, we’re a movement that promotes a healthier and stronger human being. 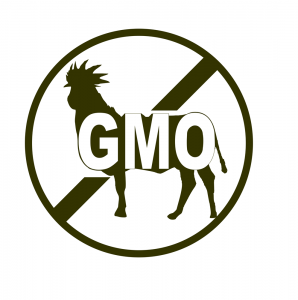 Most of the health and environmental risks of GMOs are ignored by our governments and representatives. The reason for this tragedy is by far a political problem. The US Food and Drug Administration (FDA) doesn’t require any types of safety studies, the FDA doesn’t mandate labeling of the toxic GMO food products, and allows companies to put their GMO foods onto the market without even notifying the FDA.The FDA’s justification, was that they had no solid factual information that proved that GMO foods were substantially different. But this was obviously a lie. There was even proof of secret FDA memos that were made public by a lawsuit showed that an overwhelming consensus even among the FDA’s own scientists was that GMOs were proven to create unpredictable, hard-to-detect side effects in human beings. They FDA even urged long-term safety studies into the effects of GMO foods. But the government had instructed the FDA to promote biotechnology, and the agency official in charge of policy was Michael Taylor, Monsanto’s former attorney, later their vice president. Michael Taylor is now the US Food Safety Czar. It isn’t hard to see the corruption in the system as well as the dangerous effects of eating GMO food.

2. Independent Research and Reporting is Attacked and Suppressed.

Scientists who have discovered problems that were caused by GMO foods have been attacked, legally gagged, threatened, denied funding and even fired for speaking out against this GMO epidemic. Public attempts by media to expose the GMO problem are also often censored.

GM crops and their associated herbicides can harm birds, insects, amphibians, marine ecosystems, and soil organisms. They reduce bio-diversity, pollute water resources, and are unsustainable. For example, GMO Food crops are eliminating the habitats for monarch butterflies, whose populations are down 50% in the US. Roundup herbicide has been shown to cause birth defects in amphibians, embryonic deaths and endocrine disruptions, and organ damage in animals even at very low doses. GM canola has been found growing wild in North Dakota and California, threatening to pass on its herbicide tolerant genes on to weeds.

4. GMOs do not Increase Crop Yields, and Work Against Production.

Whereas sustainable non-GMO agricultural methods used in developing countries have conclusively resulted in yield increases of 79% and higher, GMOs do not, on average, increase yields at all. This was evident in the Union of Concerned Scientists’ 2009 report Failure to Yield―the definitive study to date on GM crops and yield.

The International Assessment of Agricultural Knowledge, Science and Technology for Development (IAASTD) report, authored by more than 400 scientists and backed by 58 governments, stated that GMO Food crop yields were “highly variable” and in some cases, “yields had declined.” The report noted:

“Assessment of the technology lags behind its development, information is anecdotal and contradictory, and uncertainty about possible benefits and damage is unavoidable.”

They determined that the current GMO Food have nothing to offer the goals of reducing hunger and poverty, improving nutrition, health and rural livelihoods, and facilitating social and environmental sustainability.
On the contrary, GMOs divert money and resources that would otherwise be spent on more safe, reliable, and appropriate technologies.

5. By Avoiding GMOs you’ll be Contributing to the Inevitable Success of our Goal, Which is Consumer Rejection

Our aim is to force these manufacturers to stop including GMOs in the products they produce, therefore eliminating the GMOs from our food supply. Consumers have the power to purchase and if unite in an effort to stop purchasing products that contain GMOs, the manufacturers will stop including them.
Because GMOs give no consumer benefits, if even a small percentage of us start rejecting brands that contain them, GM ingredients will become a marketing liability. Food companies will kick them out.

In Europe the tipping point was achieved in 1999, just after a high profile GMO safety scandal hit the papers and alerted citizens to the potential dangers 0f products that contain GMO. In the US, a consumer rebellion against GM bovine growth hormone has also reached a tipping point which ultimateley led to kicking the cow drug out of dairy products by Wal-Mart, Starbucks, Dannon, Yoplait, and most of of the popular America’s dairies.

The Healthier 4U Vending Campaign for Healthy Eating in America

The Healthier 4U Vending Campaign for Healthy Eating in America is designed to promote healthier consumption of snacks & beverages. Our goal is to raise awareness of the toxic GMOs that exist in a majority of US food today. The key is to educate consumers about the documented health dangers and risks that go along with GMO consumption.

Learn More On How You Can Make a Difference. Become A Healthier 4U Vending Machine Business Owner And Stop Retail Sales Of Products That Contain GMO.
Sign-up for a FREE Webinar